10 More Days! But the Story Began Long Ago … 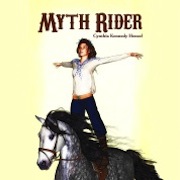 Yes! MYTH RIDER will be here soon! Yes! I am excited! I can’t wait to share it with you! While we wait, let me tell you how it began.

If you go to www.Facebook.com/MythRiderBook, you will see a photo of the Vardzia cave complex in the country of Georgia on the banner at the top of the page. Once, long ago, the young daughter of King George III of Georgia was lost in the caves while on a hunting trip with her father. After some time, she was found. But, quite naturally, this had a profound impact on the little girl, Tamara. Tamara grew up to be quite an accomplished young woman. Her father made her heir to the throne; she earned the title me’pe, or King. King Tamara, the woman who was a King, brought a great renaissance to Georgia, a Golden Age of art and literature. 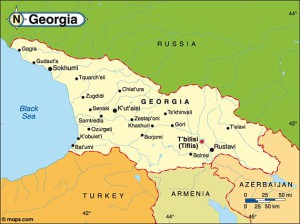 Georgia is a jewel of a country, lush, rich land on the Black Sea. Luscious fruits and vegetables. Wine. Beaches. Over time, many have tried to steal it. Mongols. Turks. Russians. King Tamara needed a place to defend her country. She expanded the Vardzia Caves into a vast network of rooms and passages. She created a cave city that could house over a thousand people.

King Tamara ruled many decades. She fought off foreign invaders and a coup from a rotten husband. The people flourished. They built great cathedrals and wrote epic poems. But, alas, the kings who came after her were not as accomplished. Georgia was overrun within a few years. Time and earthquakes, like those in Georgia and Oklahoma, crumbled the cave city. Yet, the story of King Tamara and the remnants of the caves lived on.